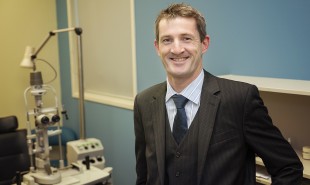 He has undergone further fellowship training in the UK, with a year in Exeter at the West of England Eye Unit doing General Ophthalmology in Paediatrics, Oculoplastics and Medical Retina; and a year as a Glaucoma Fellow in the Glaucoma Unit at the Bristol Eye Hospital.

Ben not only works at the Hamilton Eye Clinic and Bridgewater Day Surgery, but is also the Clinical Director for Ophthalmology at Waikato Hospital.